In a recent post, I wrote about three ways to acknowledge another person’s viewpoint. Another critical step in persuasive communication is acknowledging your target’s opposition and responding in an honest, substantive and compelling manner.

Meaningful responses are at the heart of your persuasion effectiveness. Your responses should illuminate, inform and educate. So how can you create more compelling responses? Here are three ideas:

Examples present a similar case that establishes a precedent. In other words, it shows how others benefitted from — or would have benefitted from — taking the path you are suggesting. You might say to colleagues: “Kodak pioneered digital camera technology and built the first consumer-friendly digital camera, but still missed the huge market transition to digital photography. I don’t think we want look back years from now and realize that we, too, missed a huge and — in retrospect — obvious opportunity.”

The best examples pull from well known stories (like the one above), your own industry and your own company.

Another reason the Kodak example is so compelling is because it leverages “loss language.” One of the fundamental tenets of persuasion is that we are more strongly driven to action by what we stand to lose than what we stand to gain. And in the above example, loss language — “I don’t think we want look back years from now and realize that we, too, missed a huge opportunity” — is used to draw parallels between an existing situation and a blown chance.

3. Use intriguing metaphors, similes and analogies

Metaphors are a figure of speech in which a word or phrase that ordinarily designates one thing is used to designate another, thus making an implicit comparison: “This series of meetings will be the marketing group’s Olympic Games” or “This project will be his Everest.”

A simile is a type of metaphor and is the comparison of two unlike things: “Using that marketing strategy in this situation is like trying to store tomato soup in a sealable plastic bag; you can do it, but it’s going to be messy and difficult to manage.”

Analogies are more logical and draw comparisons between things that have both similarities and differences: “Hitting second gear on a Harley-Davidson FXDR 114 motorcycle is like launching an F-18 Super Hornet off the USS Nimitz.

Metaphors and similes rely more on imagery and may elicit more emotion. Analogies are a bit more logical. Don’t get hung up trying to categorize your language; simply try to say things in a distinct and memorable manner that will help capture your target’s attention and help them better understand what you are saying.

Remember, a little goes a long way. Cinnamon is great, but too much spoils the dish. 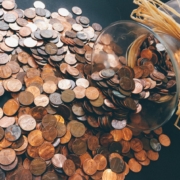 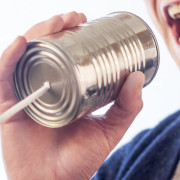 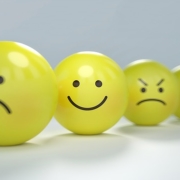 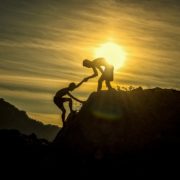 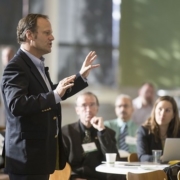 Persuasion: How to Transition to a Commitment
Scroll to top