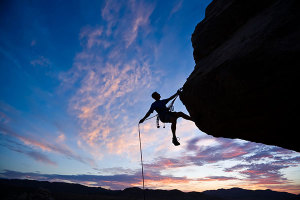 ‘If, after trying to implement a particular change, things aren’t working, back off and reassess.’

Not every rider who buys a motorcycle wants to purchase extended service plans or bike insurance from the dealership or the manufacturer. It’s up to Eric Dorobiala, as director of sales for Harley-Davidson Financial Services, to explain to those consumers why such options make wise investments. He and his staff chip away at the stone ­— or, as in the baseball analogy below, don’t always swing for the fences — to get to the foundation of their persuasion equation.

How important are intangibles in the persuasion process?

There are certain objectives we strive for on a regular basis, and being diligent in your approach to those things can take time — sometimes months. I’ve always likened this to a baseball game, in that we aren’t going to hit a home run in every at-bat. We have to take singles and doubles and look for ways to advance our runners (which is our cause.) Even though it may take longer than we expect, consistently putting the ball in play and not fouling off pitches is the most ethical way to win the target. If your target trusts you and knows you’ve had his best interest at heart in the past, he will listen to and consider what you’re saying.

If, after trying to implement a particular change, things aren’t working, back off and reassess.  Knowing when to do so is as important as anything else in persuasion. Pushing too hard can lead your target to believe there are alternatives you’re not offering, which undermines any trust you’ve established.