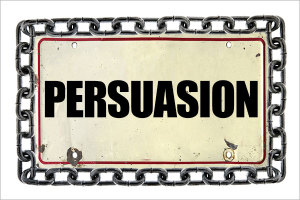 You may think you have the most luxurious car in the parking lot, the most beautiful home on the block, or the snazziest shoes in the office. But that’s only your opinion. Personal biases can play a large role in the decision-making processes. Just ask Dan Stern, president of House of Thunder Harley-Davidson in Morgan Hill, Calif. I’ll let him explain.

What is one decision you’ve made that was unfairly influenced by a personal bias?

When I was a product development guy for a big aftermarket accessories company, Russell Products came out with a chain license plate frame. Ugliest thing I’ve ever seen. I almost threw them out of my office. I turned it down instantly.

They came back a month later and said they had sold and replenished orders from other distributors three times already. I was dumbfounded.

My new slogan became, “It’s the ugliest thing I’ve ever seen, but we’ll sell a million of them!” Eliminate personal likes and dislikes, and you’ll make smarter decisions.