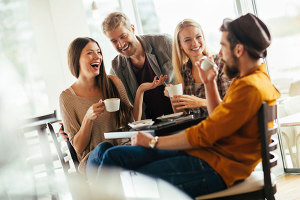 The Fewer the Funnier

‘Less is more. The fewer words you use, the more interested your audience will be.’

Bruno Schirripa owned and performed nightly in several comedy clubs across the country for 30 years, from 1979 through 2009. He hosted his own television show and received five Aces of Comedy nominations, so this man knows all about funny business.

In your professional opinion, can anyone learn to be funnier?

Being funny is something that anyone can do and has done at some point. Learning how to be funny on purpose is a bit more difficult. You must have an understanding of the structure of humor and its language. It is not so much what you say but how you say it that makes the difference. At a party someone always wants to tell me a joke, because I am a comedian. And because they do not understand the language of comedy and how to speak the language, I am lost after the first two sentences. But many times I have actually listened to a joke someone was telling me and taken that joke, restructured the language and gotten a huge laugh onstage with it. Less is more. The fewer words you use, the more interested your audience will be.