Because Daughters Are Different 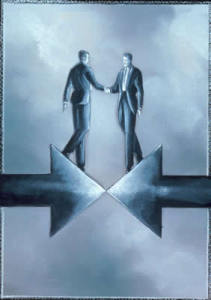 There are moments of extreme power in human exchanges, instances where influence can be wielded for the good of both parties. One of these moments is when someone says, “Thank you.” But we often handle these opportunities poorly.

A supplier sends a note of appreciation and you leave it at that.

Not only are these relationships not furthered, but we may have actually damaged them. Making someone feel unappreciated, incompetent or not worthy of a response is a surefire way not to increase your influence.

Another potential problem is when the exchange is framed such that the other party feels they’ve just done a favor for Vito Corleone (Some day I may call upon you to do a service for me.) Saying things like, “and now you owe me one” is a sure fire way to build animosity and opposition.

So how can you avoid making this mistake?

Be prepared to use powerful language. Robert Cialdini, author of the seminal work, Influence: Science and Practice, suggests “My pleasure, because I know if the situation were reversed, you would have done the same for me!”

Watch as the other person nods furiously in agreement, and you have now used language to expertly and subtly earn a “chit” which is an informal influence credit. Practice this until you can use this (or other similar language) to create compelling yet conversational exchanges.

Because Daughters Are Different 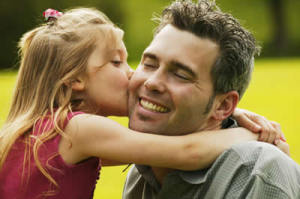 Who amongst us have ever wished for better family relationships?

For fifteen years, as an adjunct faculty member for the University of Wisconsin’s Executive Education program, I’ve gotten the opportunity to work with a lot of executives. Many participants report back with how the skills they acquire during these sessions improve their professional lives, but here is a story of a more personal improvement.

I remember the scene vividly …

A marketing director shifted uneasily in his seat and then sheepishly raised his hand asking if he could relay a persuasion success story. Who could resist? I eagerly gave him the floor.

He had spent time the previous evening watching American Idol with his sixteen year old daughter. This was unusual he pointed out, because apparently parental relationships with teenage daughters can be tumultuous and contentious, and his, he mentioned was no exception.

At a midway point in the program he excused himself to get a soda, and casually asked his daughter, “Can I get you one?” She asked for a Sprite.

He returned, handed her the beverage, and with eyes fixed on the television, she robotically said, “Thanks.” To which he instantly replied, “My pleasure. You would have done the same for me.”

He was bewildered at his own comment: “I don’t know where it came from. I mean, I know we talked about this yesterday, and we practiced it a bit. But I didn’t plan it. I certainly didn’t intend it, it just kind of fell out of my mouth.”

Kids Say the Most Amazing Things

The television program finished and his daughter got up to go to bed. As she hit the doorway, she paused, turned to her father and said, “Dad, before I go up, is there anything I can do for you?”

His voice quivered with fatherly emotion and his eyes welled with tears as he relived the experience. The other workshop participants held their breath waiting to hear what happened next. Finally, one person couldn’t stand the suspense: “What did you say?! What did you say?!”

As if returning from a fugue state, he smiled and turned to questioner and said, “I simply told her she’d already done enough and said good night.”

Then, returning his gaze to me, he said with astonishment, “My daughter hasn’t spoken to me that kindly in months.”

And that is the power of persuasion.