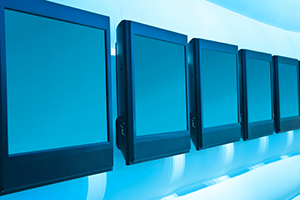 A number of years ago, my wife, Amy and I were in the market for a new television. We went to a store that shall remain nameless (big box with yellow sign) where we selected a new TV.

Amy looked on encouragingly as a blue-shirted employee and I wrestled the monstrous set onto a large industrial cart. We suddenly found ourselves surrounded by a gaggle of salespeople, who apparently just having received stealth training. The leader then began touting extended service plan benefits to protect our purchase. The newcomers nodded in unison donning the appearance of service plan backup singers.

Additionally you should know, I treat interactions with salespeople as persuasion research, and I approach the task with the zeal of an archeologist on the verge of discovering the Ark of the Covenant.
“I thought I just selected a fantastic TV. Why would I need a service plan?” I innocently inquired. The leader of the blue shirts stammered something about how the TV is not a divine creation, and that man made things break. Another added an almost Stallone-like “Yeah.” Then I hit them with objection after objection. Finally, as I watched the team sputter, struggle and shift back and forth trying to find answers they didn’t know I quickly revealed my background.

“Guys, I help show people how to sell extended service plans for a living.” It was as if I had suddenly flipped on a light switch, and the cockroaches scrambled. Almost immediately, Amy and I found ourselves alone with that gigantic TV. Have you heard the expression, “No man is an island?” It’s not true! It was just Amy, me and that big TV! 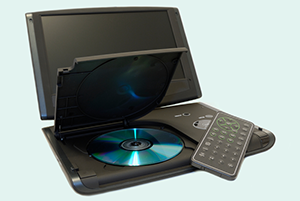 With the confidence of Babe Ruth in a T-ball game, I began my research. “I thought we just purchased a great DVD player,” I began, using my familiar refrain. “Why would we need an extended service plan?”
Again using objection after objection, building up to my big reveal: “Young man,” I said in my best pontificating Homer Simpson like voice, “I show people how to sell extended service plans for a living.”
Without missing a beat, he exclaimed, “Perfect! Then you’re going to want the four-year plan!”

We bought the four-year plan.
Why?

He believed in what he was selling. To be convincing, you have to be convinced.
Mark Rodgers

Persuasion Matters® – Helping others understand why your way is best.